I am developing several visualizations in Plotly (via Python, although I don’t mind if this is a JS-only solution) and am hitting several roadblocks that are crucial for me to address. 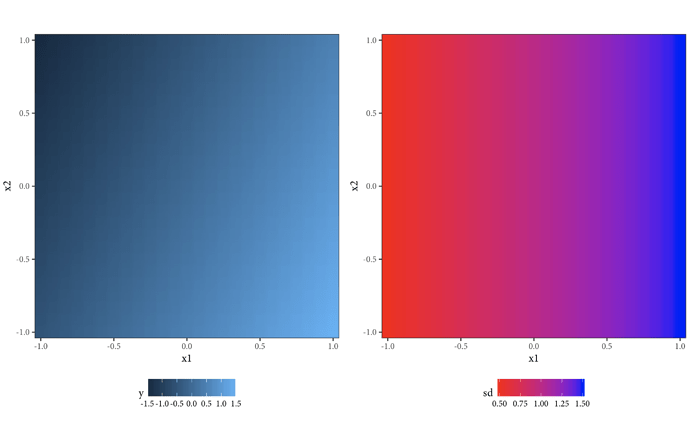 This plot was built using ggplot2 using just some fake data and some not great color choices, but you get the idea:

Here is my best attempt to do this type of figure in Plotly: 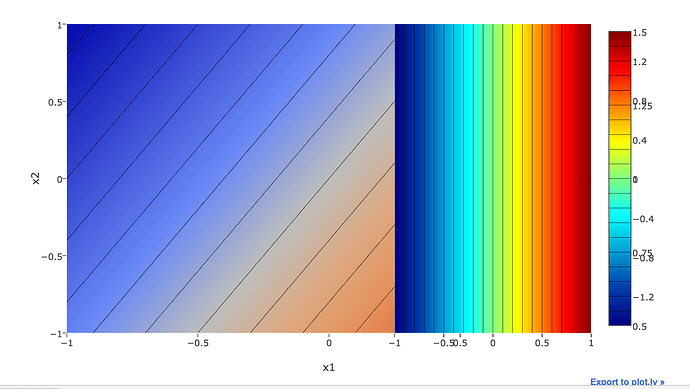 There are several issues here:

I have tried different legend groups, etc. and nothing seems to work.

I’m fundamentally interested in representing a prediction out of a model sliced across 2 dimensions. There is some uncertainty around my prediction. One approach to doing this is via contour plots as described in the previous section. Another approach (and I’d like both to work) is to actually plot f(x) in 3-D, sliced by x1 and x2, with the uncertainty bounds there. So something like this:

Here’s the problem – if my other surfaces are not simply uniformly shifted up or down from the main surface, the coloring breaks down. E.g. if I have something like this: 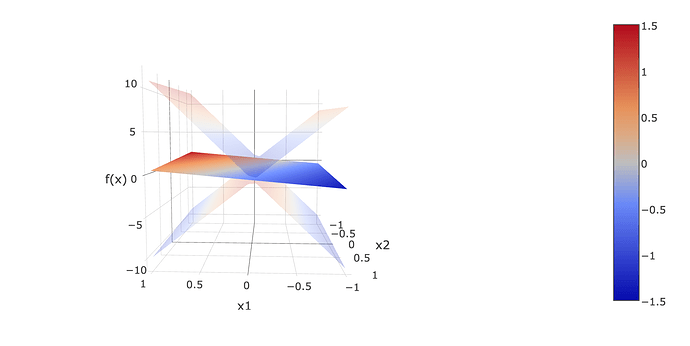 Even when showscale is set to False, the surfaces representing the uncertainty bounds are colored independently based on their own relative z scale. Is there a way to disable this? I would be fine having some sort of uniformly colored surface represent the uncertainty bounds w/o any coloring as long as the main surface representing the outcome is colored as above. Is this feasible?

Another question I have about color scales is if it’s possible to show a marker on the scale when you’re hovering over a part of the graph so you know where on the scale it falls?

I know there are a lot of questions here, but this is something I’ve been working on for days and have been stuck on this for a while now.

You got a weird plot because you also set shared_xaxes=True (this is not the case here), and showscale=True for both heatmaps. Plotly overlays the colorbars asociated to subplots. If the two heatmaps are colored with the same colormap, then the colorbar is associated only to one of the subplots (it’s not your case). Moreover the option to put the colorbar horizontally is not provided yet. See a discussion here: https://github.com/plotly/plotly.js/issues/1244.

For 2d plots the aspect ratio cannot be set (there is no key as for the 3d plots). It is tuned via plot width and height.
Here is your code modified to get a plot similar to the R plot, except for colorbars: http://nbviewer.jupyter.org/gist/empet/379b673a52f0a73b97fbd958ef5ce12a