How to group and colour lines together whilst setting their width and opacity manually?

I have a 3D matrix representing a set of ensembles of models taking the form Ensemble x Model x Days. I want to be able to plot all the lines belonging to one Ensemble as a single colour and appearing as a single item in the legend, but with the models making up the ensemble appearing as separate lines with width and opacity manually defined as different values from another array that I input, but all with the same colour and appearing as the same legend entry.

Right now I can do colours and thickness+opacity manually but not the legend, and I cannot seem to figure out how to group by legend alongside all the other things I am doing, below is an example of the type of plot I want except I’d want all the blue lines under one entry in the legend and all the yellow lines under another: 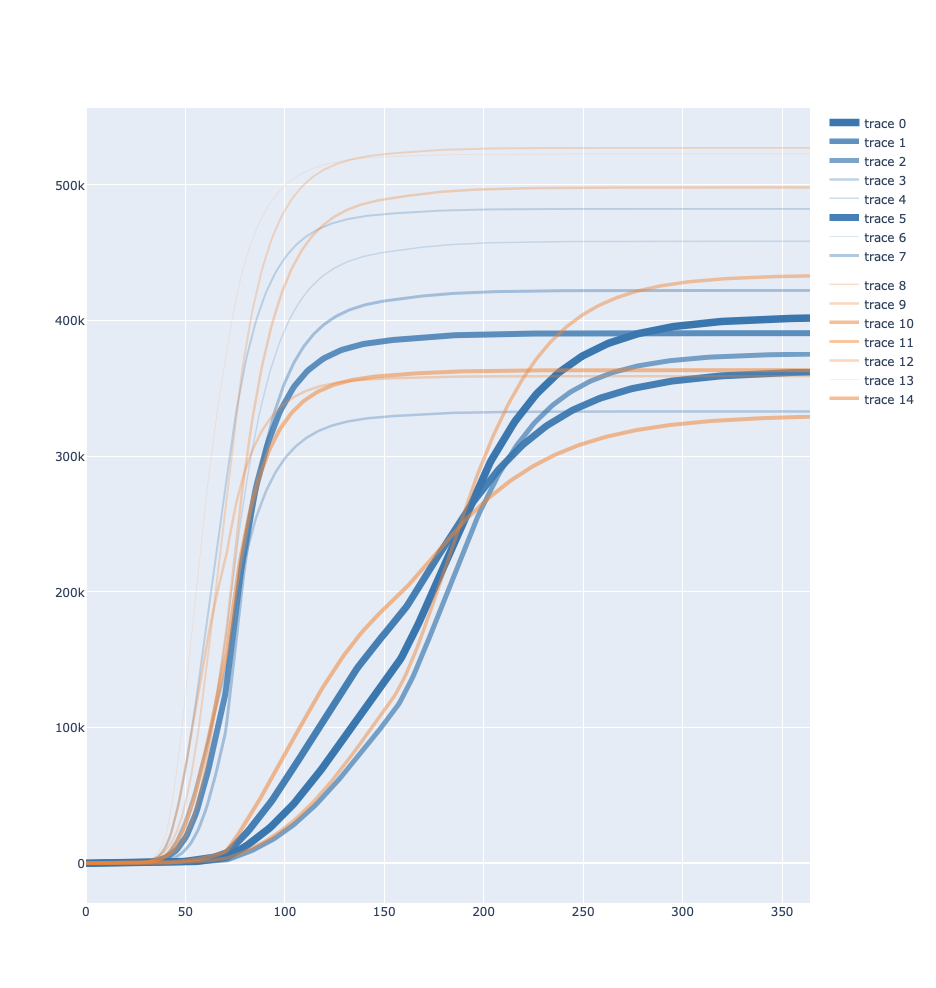 And here is my code so far, ideally I don’t want to have to manually assign colours either, note that my matrix right now is flattened so that the first two dimensions are merged and then i use colours which is of the form [0, …, 0, 1, …, 1, …] to define the cutoffs of each ensemble: