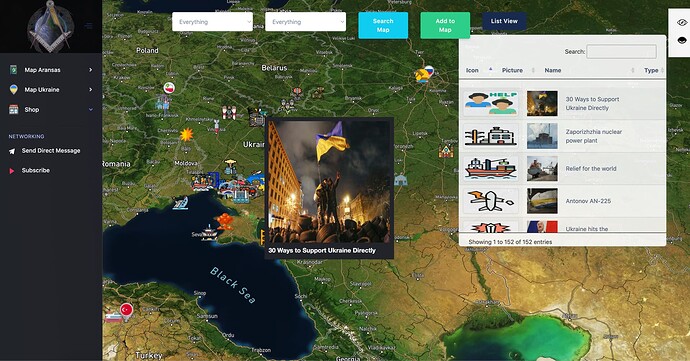 Pip here to give an update on a passion project I’ve been working on for some time. I’ve designed multiple iterations of this and I’m proud of where the project sits. These are two separate applications that are actively being developed. Check them out live at: Ukraine Map War & at the newer dash/mobile friendly app (beta): Pip Install Python.

These projects are designed with Dash as the frontend and Django as the backend, have been able to make huge progress within the dash/plotly ecosystem and found my first initial success as a content creator covering: Django Plotly Dash Tutorial How to Connect Dashboards & Graphs into a Python Full Stack Application - YouTube . Video’s 3yrs old… and I’m just getting back into producing content but I’ve spent these 3 years profecting my development stack with plotly and dash.

Firstly although this has been an indi project with only myself as the architect I’m grateful for dash and alongside it I’d like to give a special thanks to:

I know I’m forgetting a few shout outs but honestly, between discord channels, subreddits, youtube videos and forms I wouldn’t have been able to get this far without the help of many people putting in hours of work that I’ve been able to build on top of.

In regards to this project, we are currently overhauling all aspects from rebuilding Django from the ground up to create a direct relationship between dash and Django building off an internal API.

My goals are to educate those willing to learn plotly and dash. Expand off other work and build useful tools to explain the world around us with mini maps and technology focused on interactive data. This project has so many layers, the Django app is consists of over 900k files. The Plotly/Dash app has only been in development this month and we have received over 200k hits on the server hosting the application. We’ve established war logistics tools to support Ukraine, an eCommerce site, along with over 600 unique maps and dashboards in dash. The demand is there but the path forward is a difficult one. Recently left my job to pursue a path as an indie developer. If anyone finds my work interesting please support, reach out or expand on the foundation I’m actively trying to build. Here are some more screenshots of the project & thanks for reading what I had to say…

Other useful videos explaining the project: 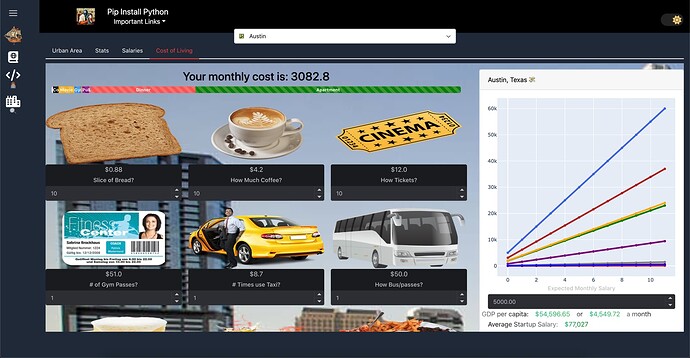 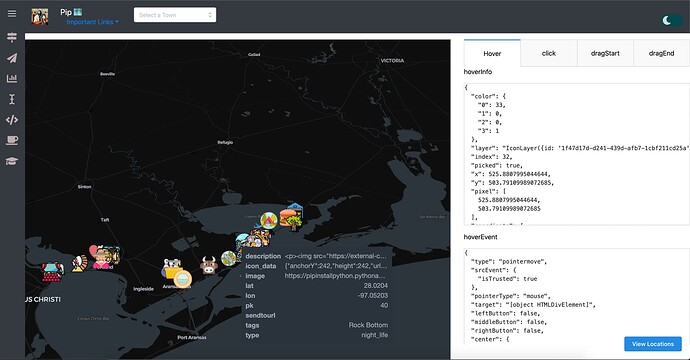 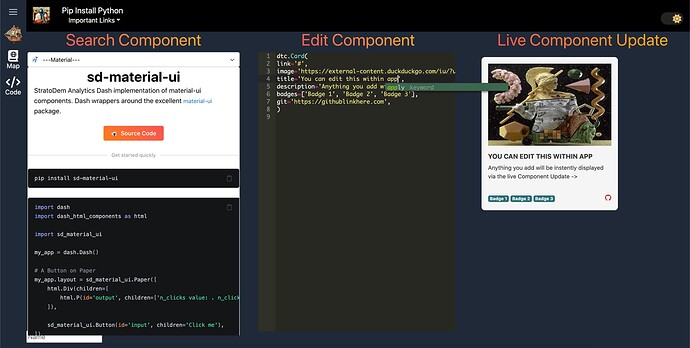 very nice project, @PipInstallPython
What made you come up with the idea?

Well during covid I had my E-commerce business taken down by Amazon & eBay… (sold respirator masks 3 years before covid) and during Covid they eliminated everyone who sold these types of products on their site. I’ve had my youtube account suspended for 3 months, didn’t mind my ban from Facebook lol

The point is, I found social media networks both useful and an extreme liability. The rise in fake news and the Ukraine war really made me interested in solving some problems the world was facing, figuring plotting a specific event with a specific geo-location would eliminate some issues in fact vs fiction. It would also force me to learn the skills needed to protect myself from being dependent on a single social media network to house my work.

Was never a single reason, just a chain of events that keeps pushing me further and further down this rabbit hole of development. lol The next updates will be major in comparison to what I currently have hosted, set up user authentication via a relationship between Flask & Django speaking through API’s and will allow individuals to plot individual locations themselves and host their own maps that other members can follow. 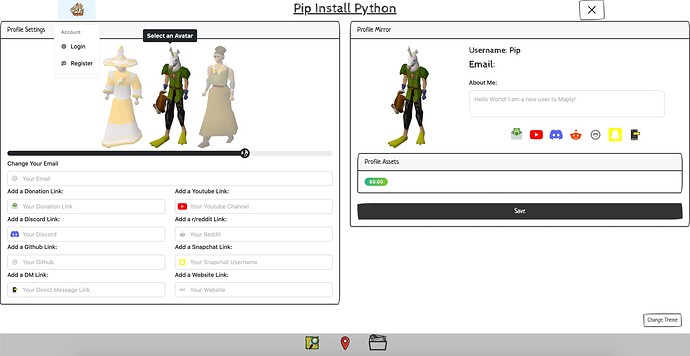 Screen Shot 2022-12-29 at 7.27.13 PM1920×993 85.6 KB
Just taking it one day at a time, but thanks to everyone contributing to this framework. Making a bold bet on Plotly / Dash going into the new year. Yall really created something amazing and quickly became my favorite frontend framework of choice I’m excited to watch plotly evolve and hopefully build a ship worthy and able to rise with the tide.
adamschroeder December 30, 2022, 2:24pm #4

allow individuals to plot individual locations themselves and host their own maps that other members can follow.

This sounds like a great idea. I’m sure many people will take advantage of it.

And thank you for choosing Plotly Dash to do this.