I followed this tutorial https://plot.ly/python/network-graphs/#create-network-graph
only made a little change with networkx: adjacency_list to generate_adjlist 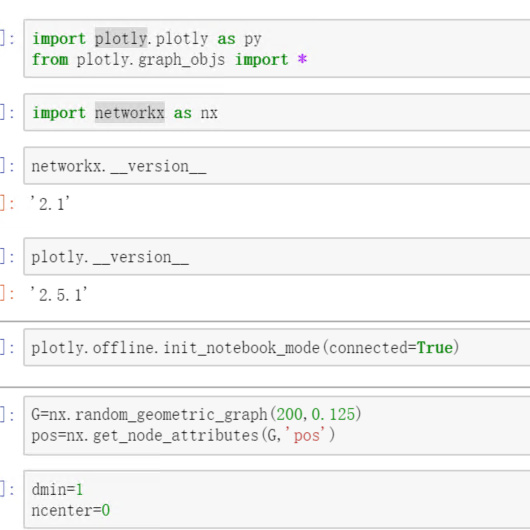 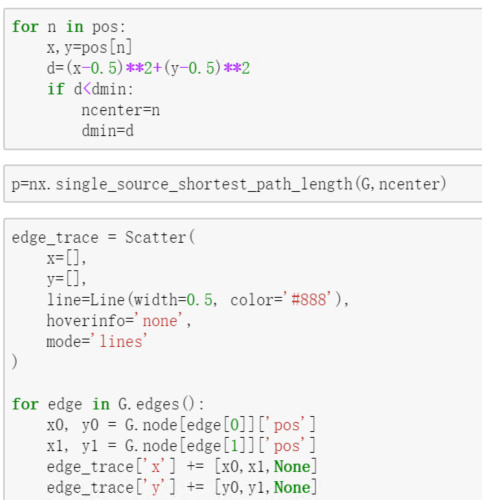 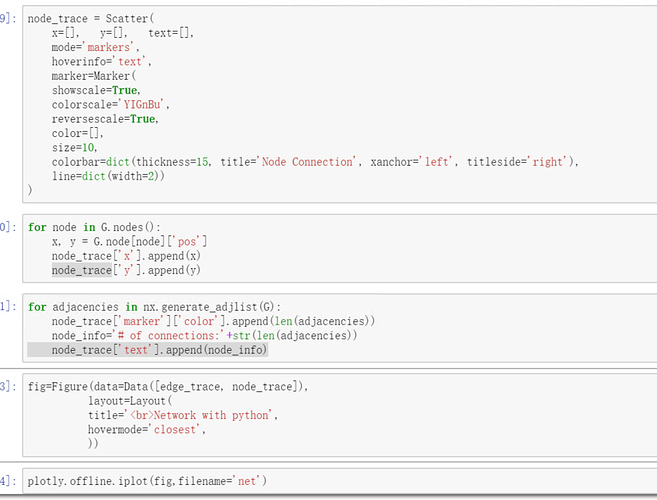 @maerkeov When you want to get help paste your Python code here, pls, instead of uploading a jpg image!

I downloaded the original code and performed the following changes:

and replaced the Graph attribute adjacency_list, valid before the networkx version 2.0, with
adjacency, i.e.

With these changes it works fine.

Thank you empet. The reason why I upload pic instead of paste text code is that I’
m using a jump server that I can’t paste anything out of that.

Did you run in jupyter and offline?
The jump server have no access to the wide-area internet:disappointed_relieved: