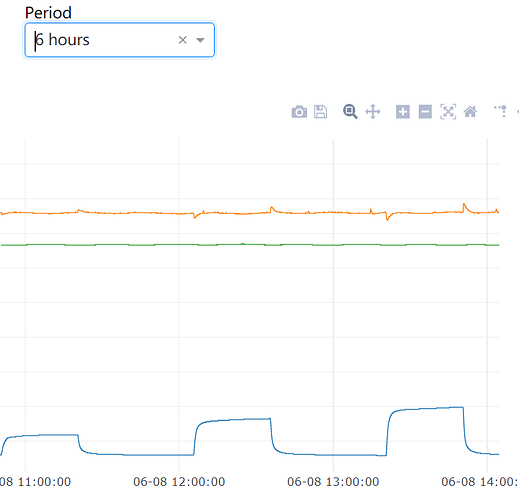 Here comes the question: After 1), the client already has the first 6 hour data. When he select ‘12 hours’ what he needs is the other 6 hour data. I didn’t see any option regarding this sort of incremental data in dash/plotly, is there?

I recommend just re-reading the data from your database every time.

If you can’t do that, then you could “cache” the results in either a hidden div or in the plot. This will complicate the logic in your app.

If you are graphing a (relatively) small amount of data, then you could just update the range of the plot and not change the data. Something like:

That give me new ideas for improving the performance of my dash application.
Regarding cache the previously queried data at server side, that’s exactly something in my mind for long. However, I didn’t realize the ‘state’ of the graph object can be used to cache the data. The first approach you provided (with littler coding effort) will definitely improve the performance when the user select shorter period from previously longer period. I appreciate that.
Sorry, I forgot to mention the data size of my application is about 8MB/24 hour. So it’s really a trade off that how many data is queried a time and where to cache the super set of the possible queried data in order to reduce the frequency of database query.