I have been trying to create a contour plot. The data set comprises of 366 units in the X-axis and 216 units in the Y-axis. Hence the axes display values from 0 to 365 and 0 to 215 in the X and Y axes respectively.

How can I do these?

@navajyoth814 To place the ticklabels as you want, insert in the dict xaxis the following key-value pairs:

Thank you much for the reply. It helped!

What I’ve been able to chalk up so far has been added below for your reference.

But, I still have no idea how to proceed with the second problem of creating a line connecting points of maxima in the same contour plot. 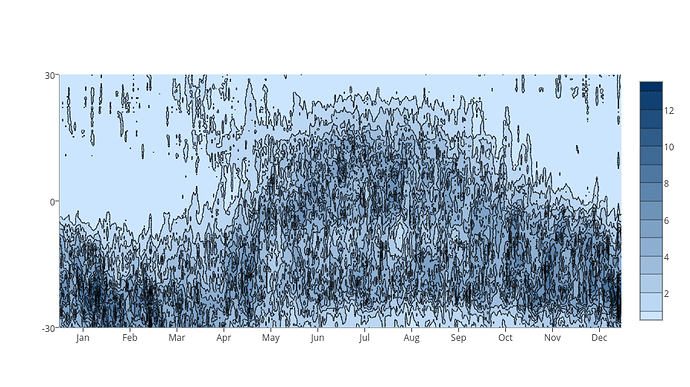 Again, not enough context in the answers.

In the above example we had:

you can read plotly docs: https://plot.ly/python/reference/#layout-xaxis-tickvals .