I have searched around the internet for a few hours now and can’t find the answer to this.

So I have this graph here:

Here is the full code

Also as a side question, is there an option I can use to tweak the border color between states? it’s currently dark gray but I would prefer transparent lines.

hi @opophehu,
not sure about your first question, but for the side question, maybe you can create a list of transparent colors using hex code and do:

Thanks for the prompt reply Adam.

maybe I was misunderstanding something here, but I tried your suggestion like this:

But it wouldn’t work because I’m feeding a color hex to ‘line width’.

But then I tried:

And it looks close to what I want now:

Thanks a lot for pointing me to the right direction for the line tweaking!

Quick answer to the first question on background: set geo_bgcolor in the choropleth trace, which looks like it controls the background color for maps.

I ran into this recently, and started at the following docs to get on the right track: 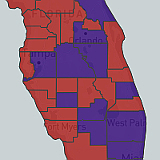 How to configure and style base maps for Choropleths and Bubble Maps.

To get a fully transparent color code set the alpha to zero. RR, GG and BB are irrelevant in this case because no color will be visible. This means #00FFFFFF (“transparent White”) is the same color as #00F0F8FF (“transparent AliceBlue”). To keep it simple one chooses black (#00000000) or white (#00FFFFFF) if the color does not matter.

I fix this issue by using fig.update_layout(geo_bgcolor=PAPER_BGCOLOR).