Is there any way to adjust the starting point of an area graph?

For example, in this area graph it starts exactly at the yaxis, causing ‘apples’ to be directly under the yaxis. 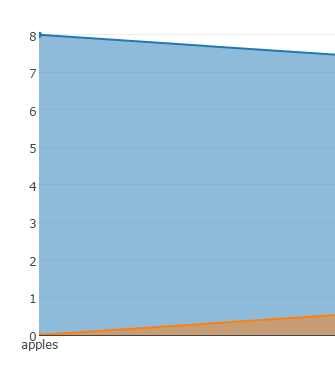 Is it possible to add a bit of gap so that it starts slightly after the yaxis? Like how it is for the line graph. 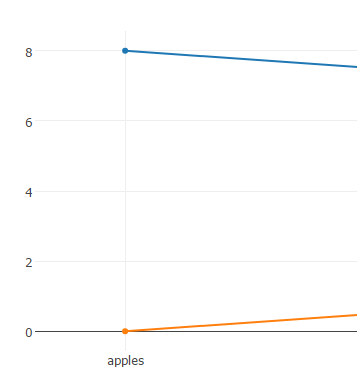 Is there no way to set a specific pixel width then?
Supposing I have several graphs one with 5 data points and another with 100 data points. In order for both of them to have the same amount of space at the front, I’d have to manually adjust the min range for them according to the number of data points. [-0.1, 3] and [-3, 99]

Is there any way to keep it consistent across the graphs without having to worry about the number of data points they have?
For example, have a fixed distance of 3px space in front of the graph?

Is there a way to keep the gap even after lasso zoom has been used?